The world’s first original technique “Shin Shistu.” All domestic “Lacquer” from core to the surface. Creating an “eternal” artwork is “Shin Shistu”

“Shin Shistu” is an unprecedented and unique “art” technique. It is one of a kind! In “Shin Shistu,” wooden materials are not used at all for its base. And, only 100% Japanese lacquer sap is used for “core Shin,” detailed parts and surface.

Normally, lacquerware’s core is made of wooden material. “Shin Shistu” is totally different from any conventional lacquerware and is a lacquered lump which utilizes lacquer’s property, polarized nature, and durability to the maximum.

Different from conventional lacquerware, we do not use any wooden materials, glue or cloth for the core of the work, in order to maximize the merit of lacquer in the “Shin Shitsu” method. 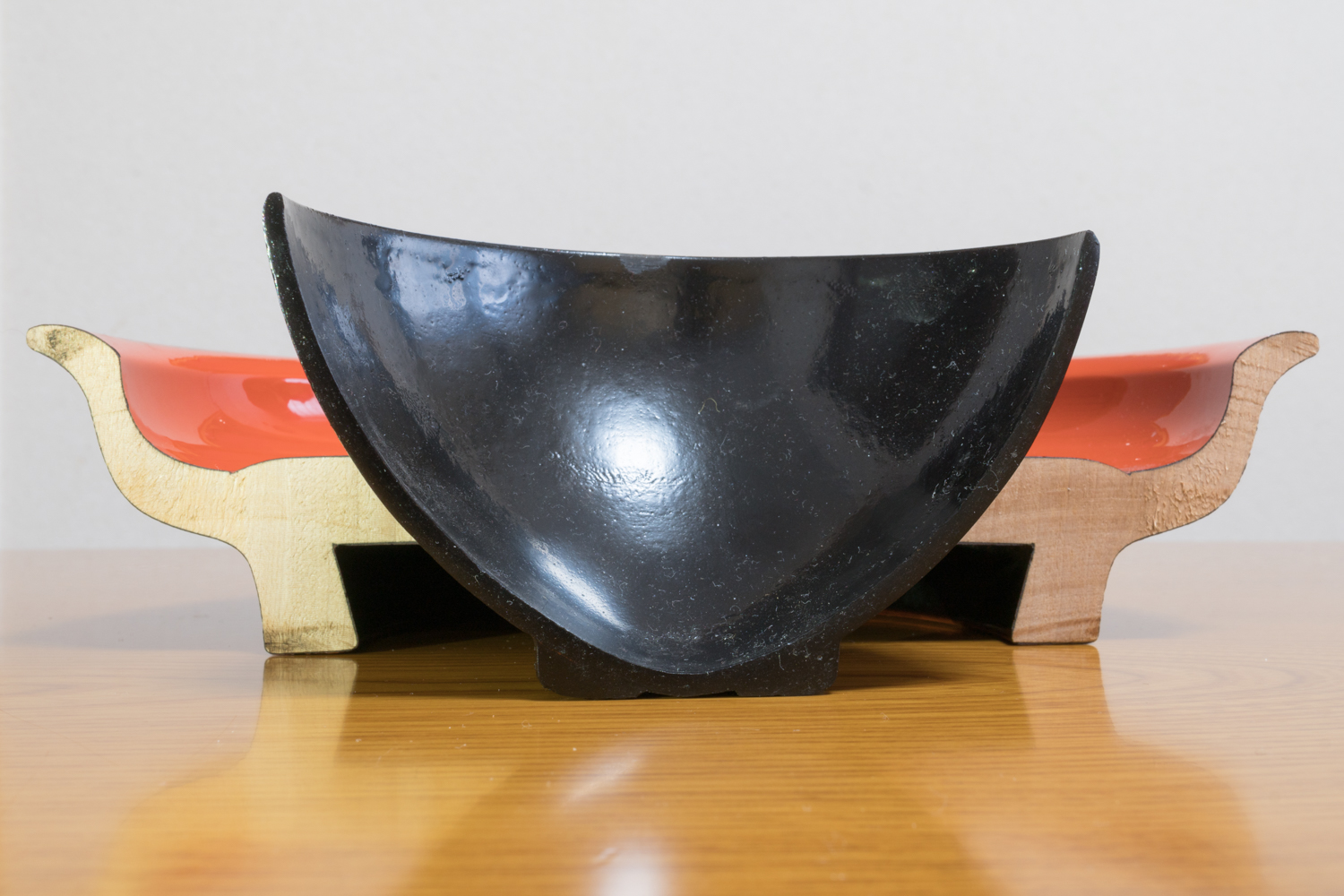 The artwork made by “Shin Shitsu” lasts without deteriorating and can age for 1,000 years or even 10,000 years.

The durability of lacquer is reinforced by fossil amber or ancient “lacquer” tools in the Jomon period.

Since fossil amber whose property is similar to lacquer is found in various parts of the world, I believe 100% lacquer in good quality may last almost forever.

Lacquer and amber are the naturally high molecular compounds, resistant to salt and alcohol, waterproofing, anti-corrosive, and insulating electricity. 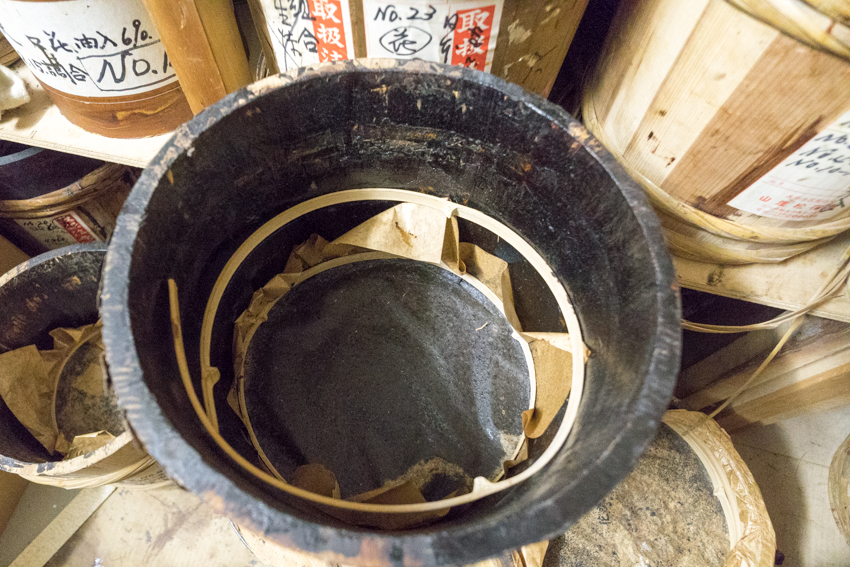 100% Japanese lacquer accumulated by our predecessors in the family line.

Lacquer resists heat, acid, alkali, and cannot be dissolved even by hydrogen fluoride which dissolves glass and ceramics. It is even safe from royal water which can dissolve gold!

Once it is solidified, it cannot be reversed to liquid.

Lacquer is one of the most stable organic matters scientifically.

Getting rid of the traditional idea of applying lacquer on wooden materials or cloth, “Shin Shitsu” is a new technique born from deeply understanding the “true nature of lacquer” which is the most important element when one makes a lacquerware. 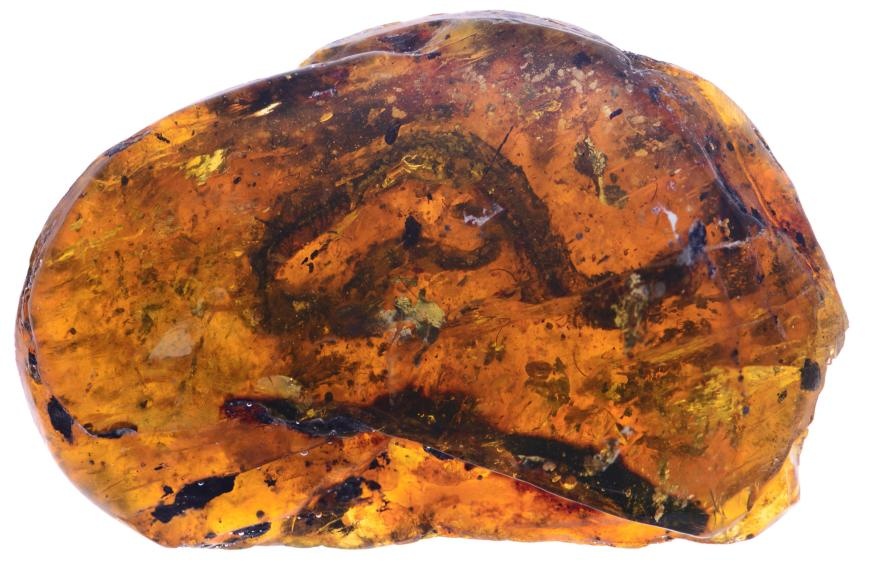 Recently, a small snake fossil between 99 and 100 million years old was found in amber. (its news article is here）

Lacquer has the same characteristics as amber fossils, so I can confidently say that lacquer lasts the same or longer as amber.

“Shin Shitsu” is a technique to make use of lacquered essence with “eternity immortality” as a concept.

In “Shin Shitsu,” lacquer is no longer a material to reinforce a wooden core like conventional lacquerware. “Shin Shitsu” is a technique to “make a product only with lacquer.”

Many “Shin Shitsu” artworks are the embodiment of Japanese traditional culture, such as Buddhist images, incense cases, and tea bowls.

The production period of “Shin Shitsu” artwork may range from 8 years to 23 years. 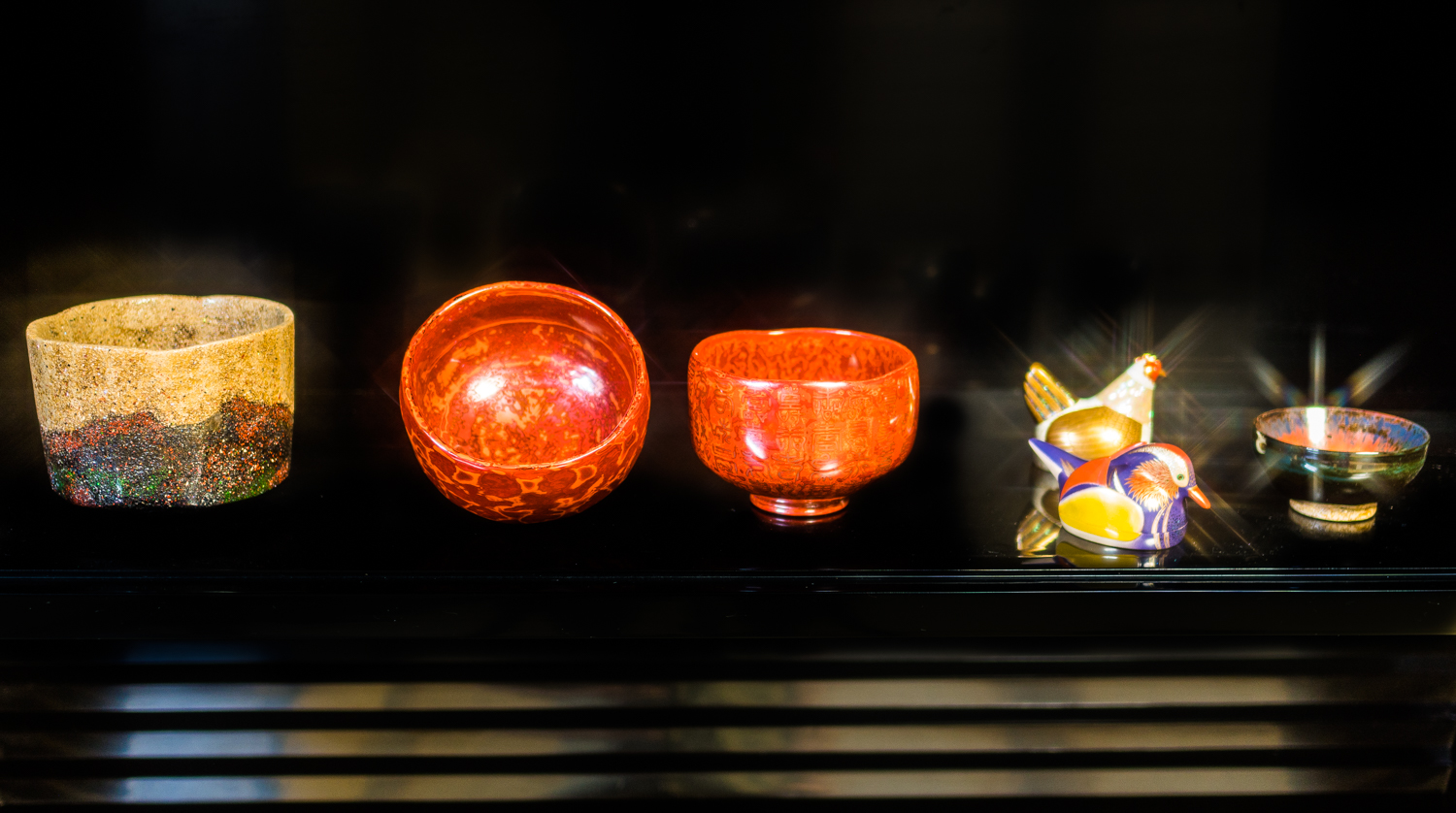 For example, it took 16 years of painting Japanese lacquer approximately 350 times to complete one “Shin Shitsu” artwork. It is scarlet in color, and has a thickness of 1 centimeter. (Photograph: upper ones from left second and third) 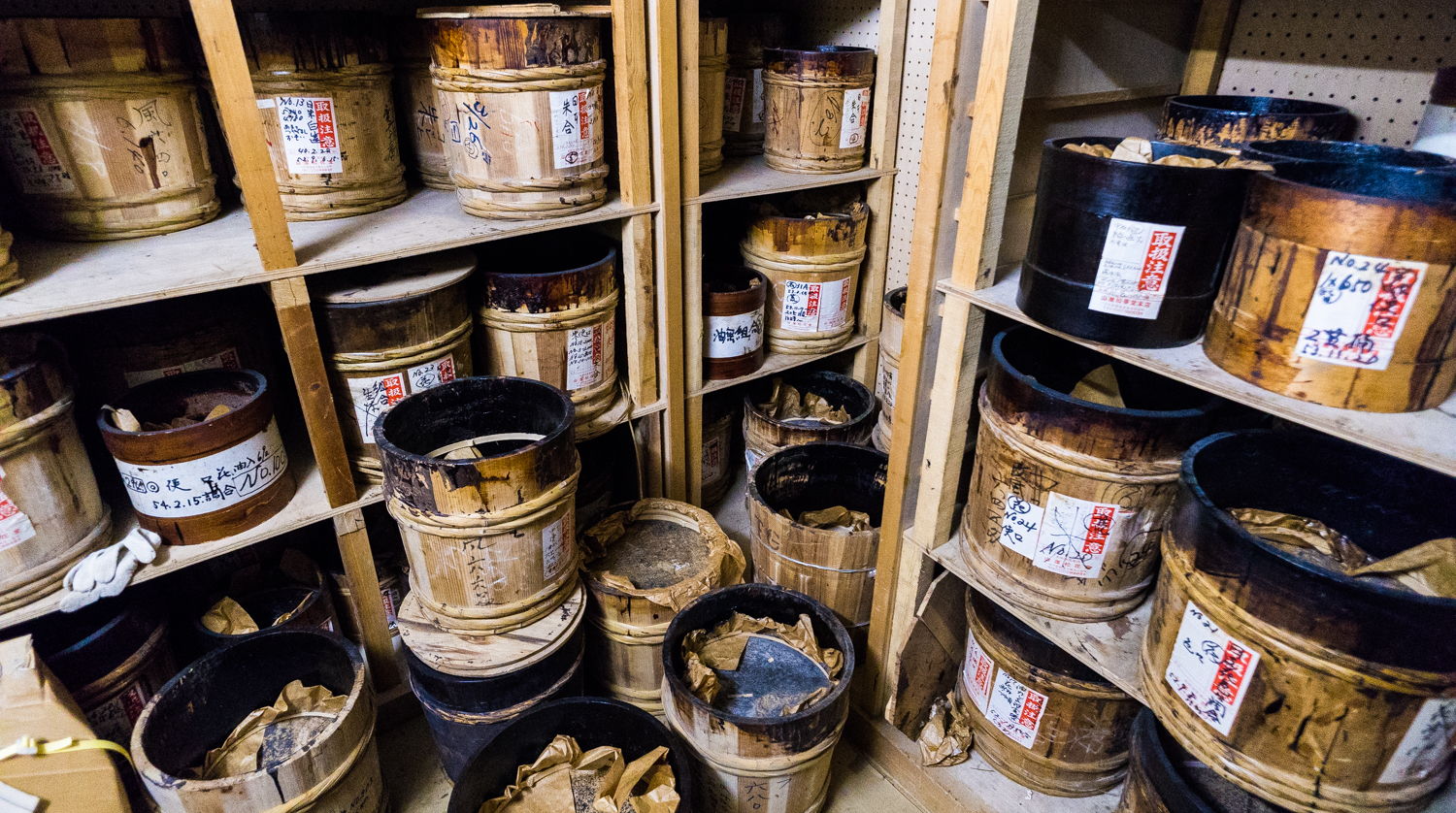 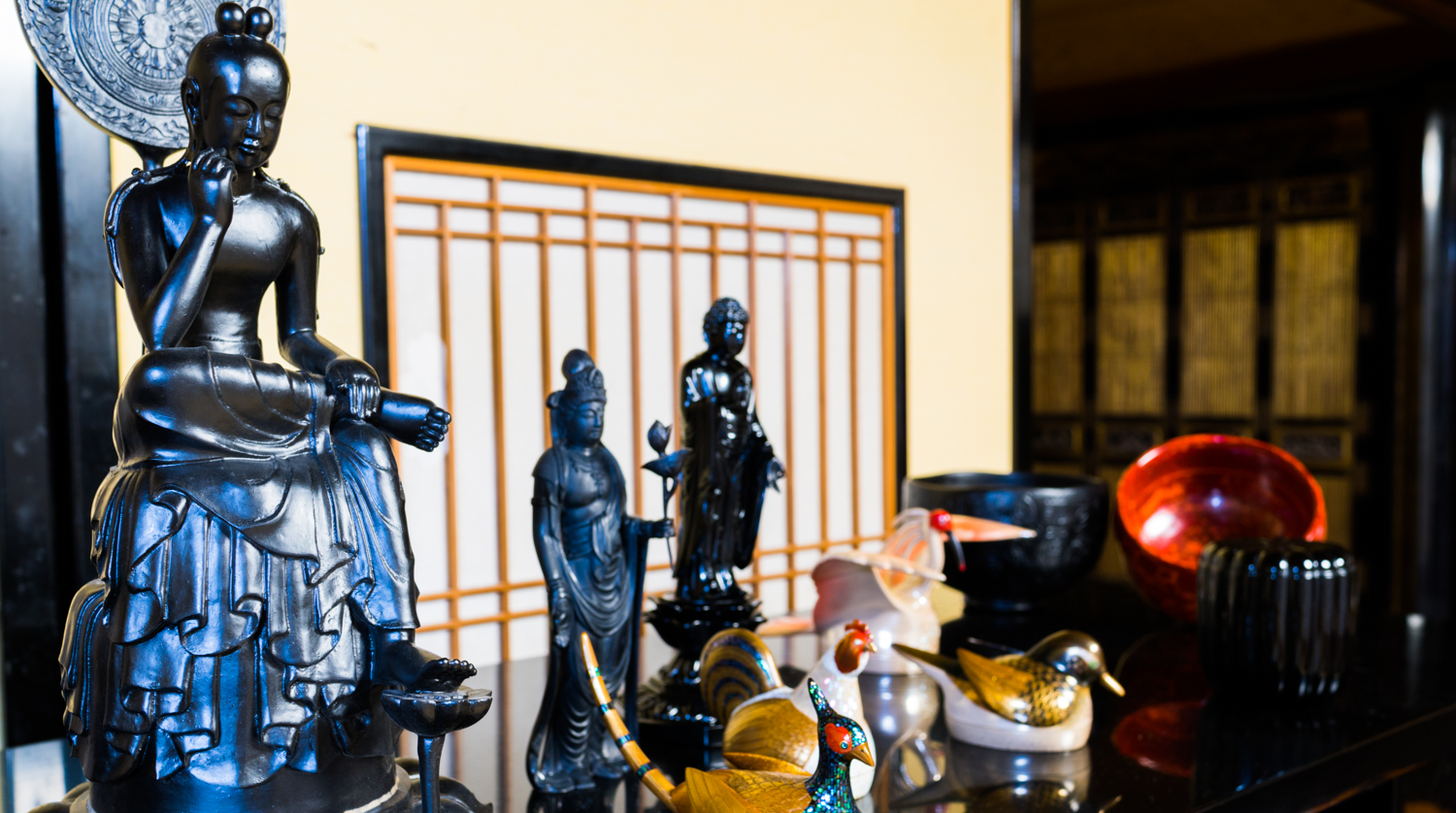