– Japanese lacquer is the highest in quality –

The lacquer in flora is distributed over the countries of East Asia such as China, Cambodia, Thailand, and India. But, its characteristics are different due to the difference in climate.

The northern limit is Japan.

From our experiences of making “lacquerware” in Yamagishi Shokado, Japanese lacquer is richer in urushiol ingredients and the best in quality.

The more urushiol ingredients, the stronger and harder we can make our lacquer artworks. The hardened lacquer, after applied and dried, is hardly damaged.

In fact, we tried using Chinese lacquer and found out that hardened lacquer was fragile and easily damaged or scratched. This is because Chinese lacquer has less urushiol ingredients.

Lacquer in Thailand or Vietnam is black, has more gum than urushiol, and is used limitedly.

We do not have any scientific data for ingredients, but from my experience, we can tell that Japanese lacquer has more urushiol than the lacquer of these other countries. 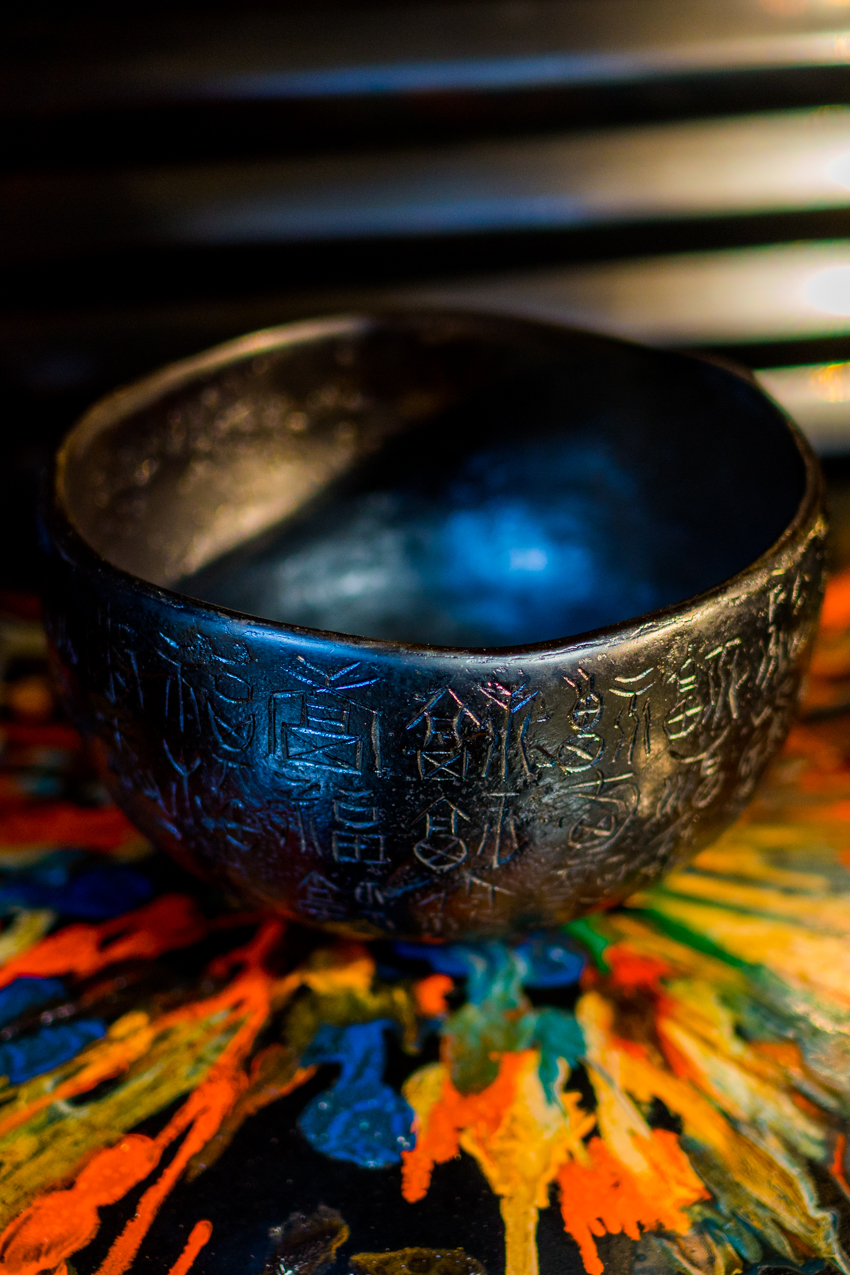 Since there was no lacquer tree in Europe, it is said that visiting Westerners in Japan saw deep “jet black” lacquerware as mysterious.

Throughout the feudal Japan, before becoming secluded from the world, lacquerware was one of the top exporting items from Japan.

In the late 16th century, Christian missionaries introduced lacquerware to Europe. The royal and noble classes were attracted to the artwork and began calling it lacquerware as noted in Japan.

Japanese national isolation made the price jump from 10,000 yen to 100,000 yen and only the noble class could afford to buy such lacquerware.

As the Europeans could not purchase expensive lacquerware, some started to develop their own “lacquer” in Europe.

The lacquerware was that attractive to the world!

Then the feudal government was overthrown, and Japan opened its country. There became a high demand for “jet black” lacquerware, and exporting lacquerware became a big business.

During the World Wars, lacquer had been used to paint the Japanese warships.

Lacquer has been recognized as an agent to protect everything from deterioration and reinforce strength and durability.

Since the Russo-Japanese War, lacquer had been used to paint warships and matchlocks. The Japanese military had imported British battleships and they applied lacquer to reinforce and protect the ships from rusting at a shipyard.

There were some tragic periods such as wars, but lacquer has been used all the time in Japanese history.

Currently, there is a policy of using 100% lacquer from Japan for restoring or repairing national treasures and important cultural properties such as temples and shrines This indicates how important Japanese lacquer is. 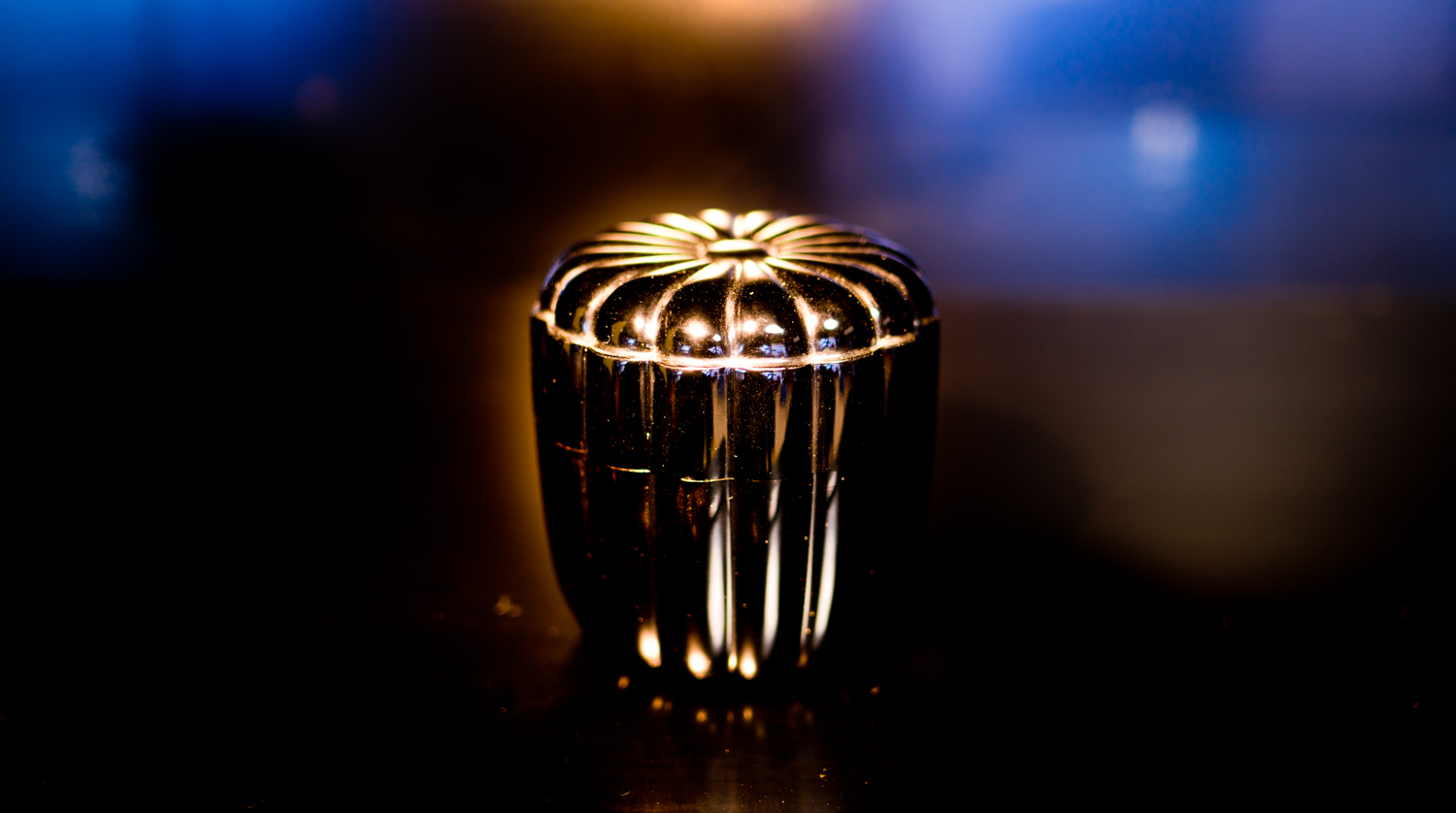 “Lacquer” had attracted many Europeans, but…

The Japanese lacquer had impressed European people who visited Japan during the Age of Geographical Discovery.

The Spaniards and the Portuguese who extended their power in the 16th century were introduced to lacquer and applied artworks for the first time. 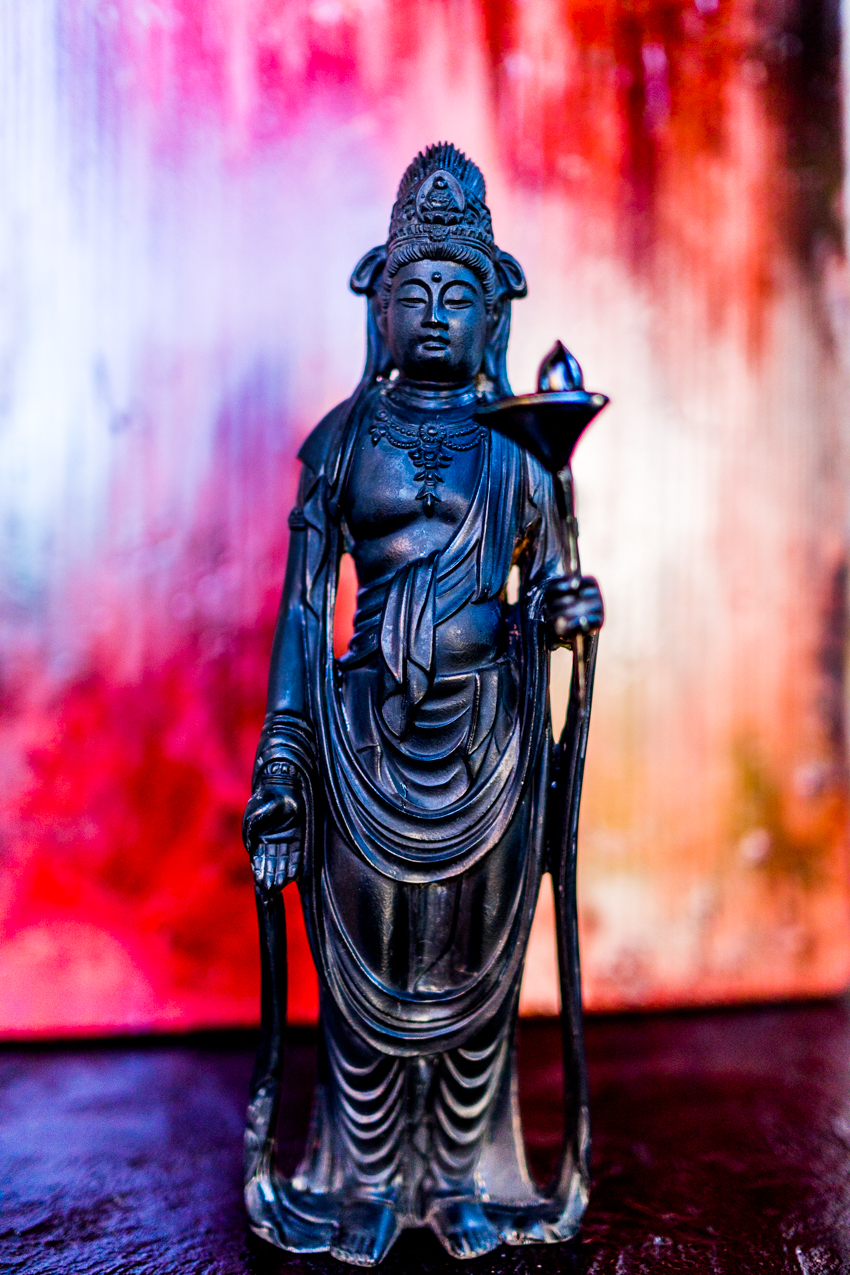 The color of the lacquered black, “jet black,” is unique. The polarized nature of lacquer creates a bigger refractive ratio, creating different ways of shining. This gives a depth in colors of lacquer, which attracts European people.

As “JAPAN” is the original name in lacquer, the shining black lacquerware decorated with gold, silver, and seashells was exported to the West, and became a symbol of the power and wealth.

The French queen Marie Antoinette and aristocrats had collected lacquer artworks competitively and decorated the Versailles Palace gorgeously. National isolation of Japan, at the end of 17th century, had decreased the volume of distribution drastically, which made acquisition of lacquer artwork extremely difficult.

Throughout Europe, imitations using a varnish became popular to reproduce the color and luster of the Japanese “jet black.”

The lacquerware which was exported from Japan to Europe in those days can be appreciated now in the French Louvre.

Lacquerware is very popular in the world, but lacquerware often tends to get deteriorated after aging or living in a different climate. This is because wooden materials are used for conventional lacquerware.

In addition, some craftsmen cut corners as lacquerware could be easily sold, if they were black. The commercial boom for lacquerware with the expensive appearance declined temporarily.

The biggest reason why lacquer was not fully appreciated is that wooden material is vulnerable to a different climate particularly drying.

The habitats of trees are different from place to place. The trees that can adapt to certain areas or climate can survive there. If the wooden material for the lacquer core is brought to extreme climates, it often becomes cracked or deteriorated due to dryness, humidity and any other climate change. This is especially true for lacquerware with wooden materials, as the base is vulnerable for drying.

However, “Shin Shitsu” artworks, which are made of 100% Japanese lacquer and without any wooden material, have high quality and are durable in any climate condition.

But, like any other material, the lacquer is vulnerable to ultraviolet and direct rays of the sunlight as well. 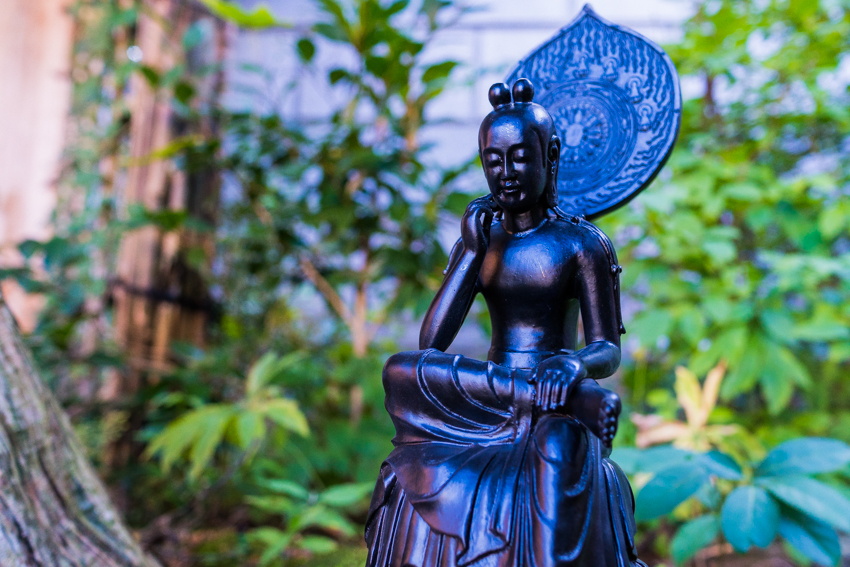 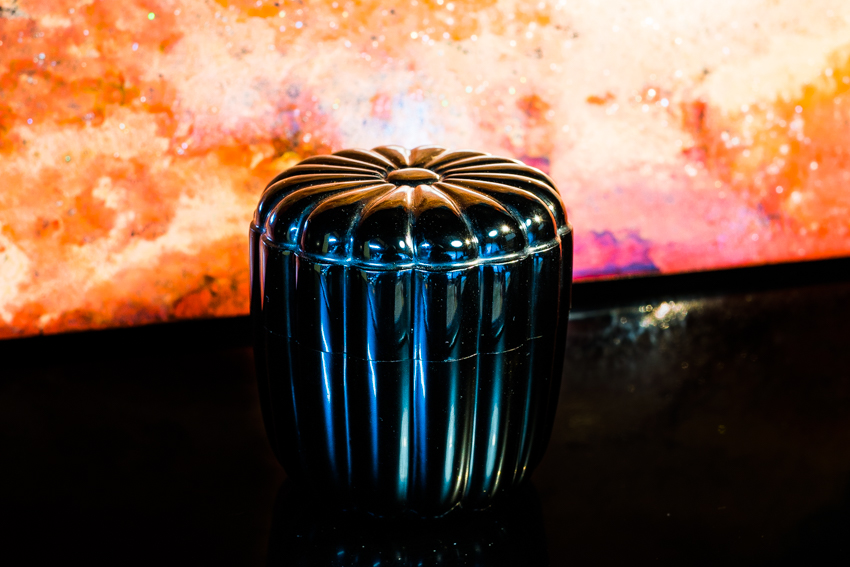 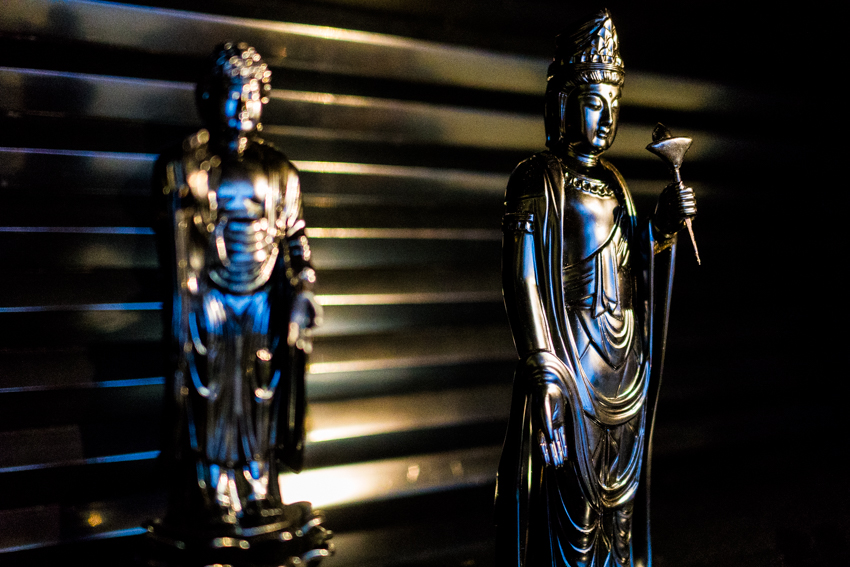 Even if lacquer is dried, it continues to live and there is “polarized nature.” It shows different brightness by being illuminated in morning, noon, and night.

“Shin Shitsu” is a technique that uses these merits of “lacquer” to the fullest.

I believe that lacquer is the most highly potential and charming material of art.