We post some of our artwork which is nearly finished. 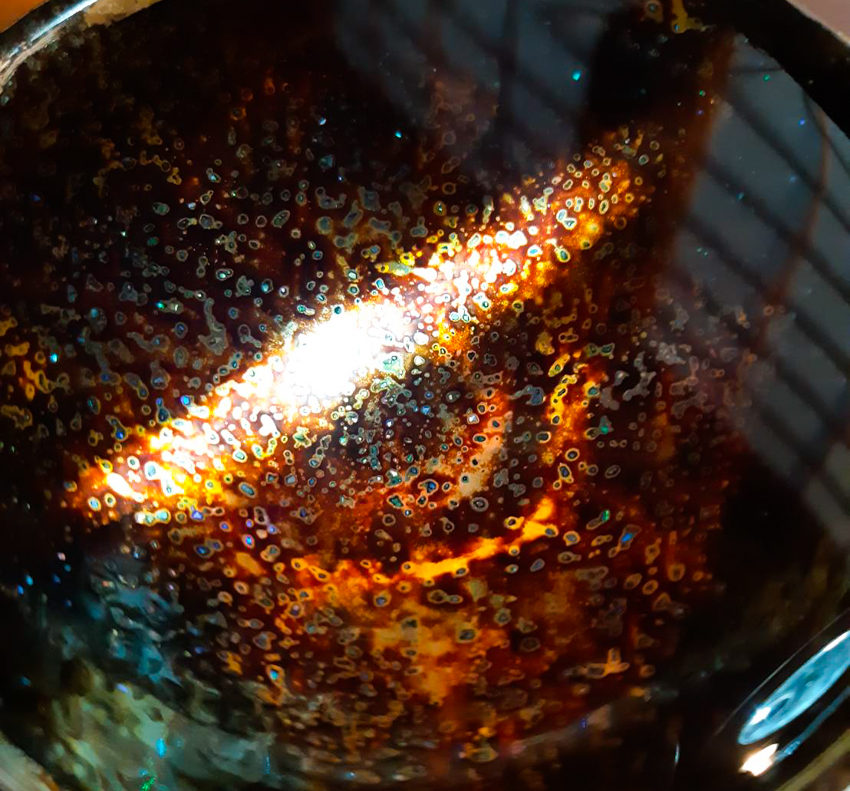 The image shows the Hubble Space Telescope catching a very dark domain of Fornax in the southern sky. You can see more than 10,000 galaxies projected there. A galaxy 13 billion light-years away is among them.

It is believed that Space was born 13,800 million years ago. Both humans and lacquer are made from organic matter. The organic matter is made of hydrogen, oxygen, and nitrogen. Oxygen and nitrogen are created through the explosion of a fixed star. 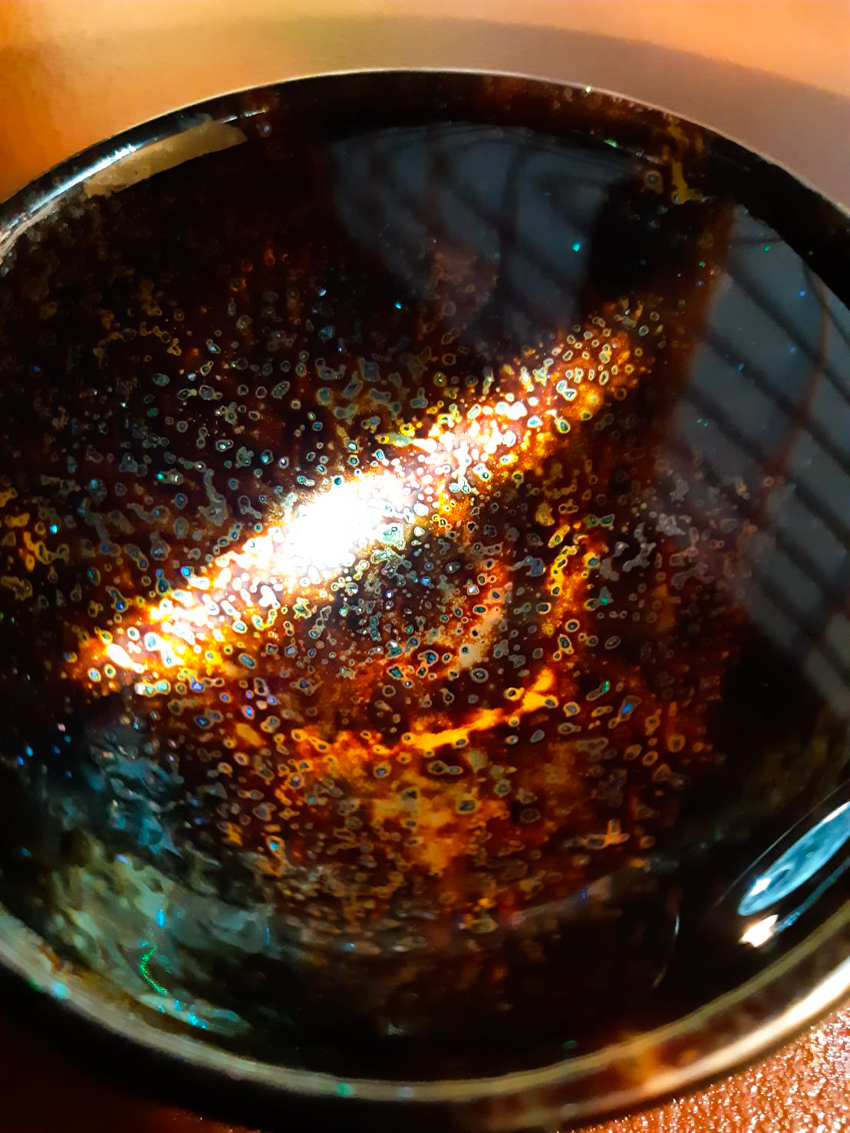 This Shin Shitsu sake cup is made by only lacquer sap.

In other words, organic raw materials are continuously created everywhere in the space that can sustain life. And, lives are overflowing in space.

The cup depicts the image of the space Milky Way.